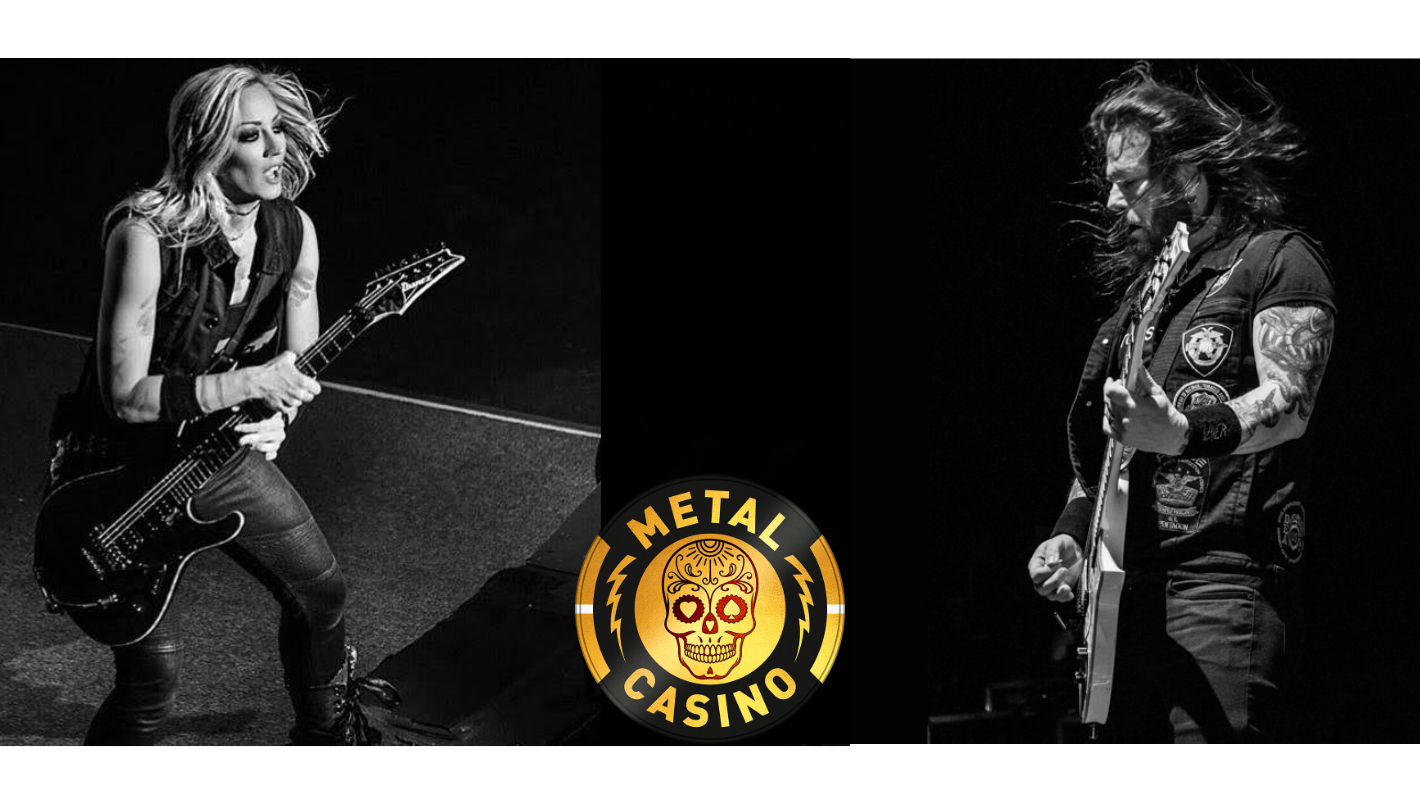 The site has become the go-to place for rockers that love gaming since its launch last year.

Having already partnered with the likes of Ozzy Osbourne, Scott Ian and Ryan Roxie, Metal Casino is delighted to add Nita and Gary to the roster of stars who enjoy its awesome mix of great music and games and true metal attitude.

Metal Casino has clearly established itself with metal royalty, having recently launched a social media campaign with Ozzy, while Ryan Roxie co-hosts its new twice-weekly Metal Casino Live stream on YouTube and Twitch.

Slayer and Exodus legend Gary commented: “I am super excited to announce that I have partnered with Metal Casino as a brand ambassador. There will be prizes to be won, guitars, meet and greets, concert tickets and more – if you’re into metal and into games of chance, how could it get any better!

Nita has become a force to be reckoned with in the music world, dazzling audiences around the globe and sharing the stage with a diverse range of artists, including rock legend Alice Cooper. Her incredible guitar playing and exuberant stage presence have earned her a stellar reputation.

On joining Metal Casino, Nita said: “Metal Casino combines two of my favourite things: having fun and listening to heavy metal!  For someone like me, who isn’t an experienced enough gambler to go play in Vegas, Metal Casino is a great place to come and have a good time!”

Metal Casino went live in August 2017 and has been attracting music and gaming fans from all over the world ever since.

The site offers big games and bigger attitude as well as the chance to win mega cash prizes and acquire exclusive tickets, backstage passes and merchandise from some of metal’s biggest stars.

“First of all we are extremely happy to welcome a hard-rocking woman like Nita Strauss into the Metal Casino family. Gary Holt, from Slayer, truly strengthens our metal core since Slayer is one of the big four in thrash metal and just an awesome band.

“It’s just amazing they both will join Ozzy & Co as ambassadors in our casino lounge with the world’s greatest metal and hard rock artists.”

Metal Casino – All in for the fans!

Metal Casino is the world’s first casino that embraces Metal music fans and casino lovers. Players will be able to win Metal merchandise, concert tickets, meet bands backstage and more. Launched in 2017, its founders have spent over 30 years working in the most successful music, gaming and tech companies in the world, including Mr Green, Universal Music, EMI, Spotify, Microsoft, and Apple iTunes.