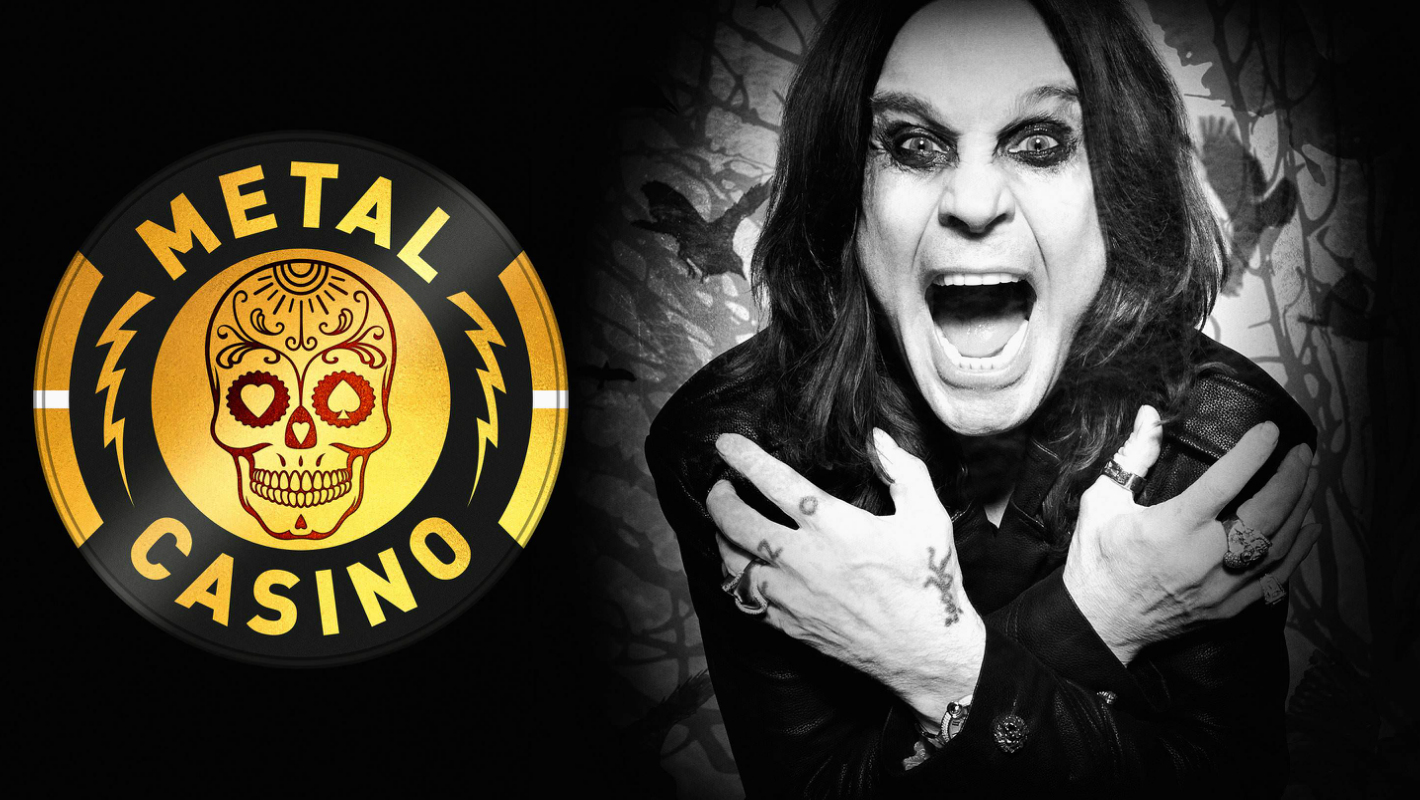 Ozzy Osbourne, The Prince of Darkness, teams up with the only online casino created by metal fans, for metal fans

Metal Casino has sealed a deal with the ‘Prince of Darkness’, Ozzy Osbourne. The ‘Godfather of Metal’ has signed up with the biggest, boldest and most hardcore online casino on the planet. In fact, Ozzy loves Metal Casino so much, he has become a part owner of the company.

Metal Casino launched in August this year with a promise to offer its players a harder rush. That means not only the coolest, edgiest games on the net, but also real value for true metal fans, bringing them closer to the bands and music they love.

They do this by partnering with some of hard rock’s biggest names to bring their players exclusive concert tickets, backstage access and loads of band merchandise, along with big cash prizes – and they wasted little time in bagging the biggest name of them all.

Ozzy pioneered the metal sound in the early 1970s with his seminal band Black Sabbath, who defined the genre with their early releases, such as ‘Black Sabbath’, ‘Paranoid’ and ‘Master of Reality’. The original Black Sabbath was even ranked by MTV as ‘The Greatest Metal Band of All Time’.

After leaving Black Sabbath, Ozzy went on to have a hugely successful solo career, selling more than 100 million records and winning three Grammy Awards. In 2006, Ozzy, along with Black Sabbath, was also inducted into the Rock and Roll Hall of Fame.

Ozzy went on to reunite with Sabbath in 2013 for the release of the its first worldwide No.1 album, ‘13’, and embarked on sold-out world tours ending with a final performance in the band’s hometown of Birmingham, England, back in February.

Speaking about his latest rock collaboration with Metal Casino, Ozzy said he liked the team immediately because, simply put, he saw they were passionate, bona fide metal heads.

“The guys at Metal Casino told me that their brand was all about being true, relevant and dedicated to the customer and that really resonated with me,” he said. “To me, that translated as keeping it real, keeping it original, and doing it all for your fans, and that’s all I’ve been trying to doing my whole f*ckin’ life.”

Clas Dahlén, Chief Marketing Officer at Metal Casino, added: “Ozzy Osbourne is a legend and now he’s a partner with Metal Casino. As far as we’re concerned, this is the biggest sponsorship deal in the world and we’re still in awe that our all-time hero is on board with the project.

“But the most important thing is, when we started Metal Casino, we knew it had to be more than just a casino, but a platform for a global community of metal heads and casino lovers to share their passion. With Ozzy’s help, we’re going to make this happen.”

Metal Casino is the world’s first casino that embraces Metal music fans and casino lovers. Players will be able to win Metal merchandise, concert tickets, meet bands backstage and more. Launched in 2017, its founders have spent over 30 years working in the most successful music, gaming and tech companies in the world, including Mr Green, Universal Music, EMI, Spotify, Microsoft, and Apple iTunes.