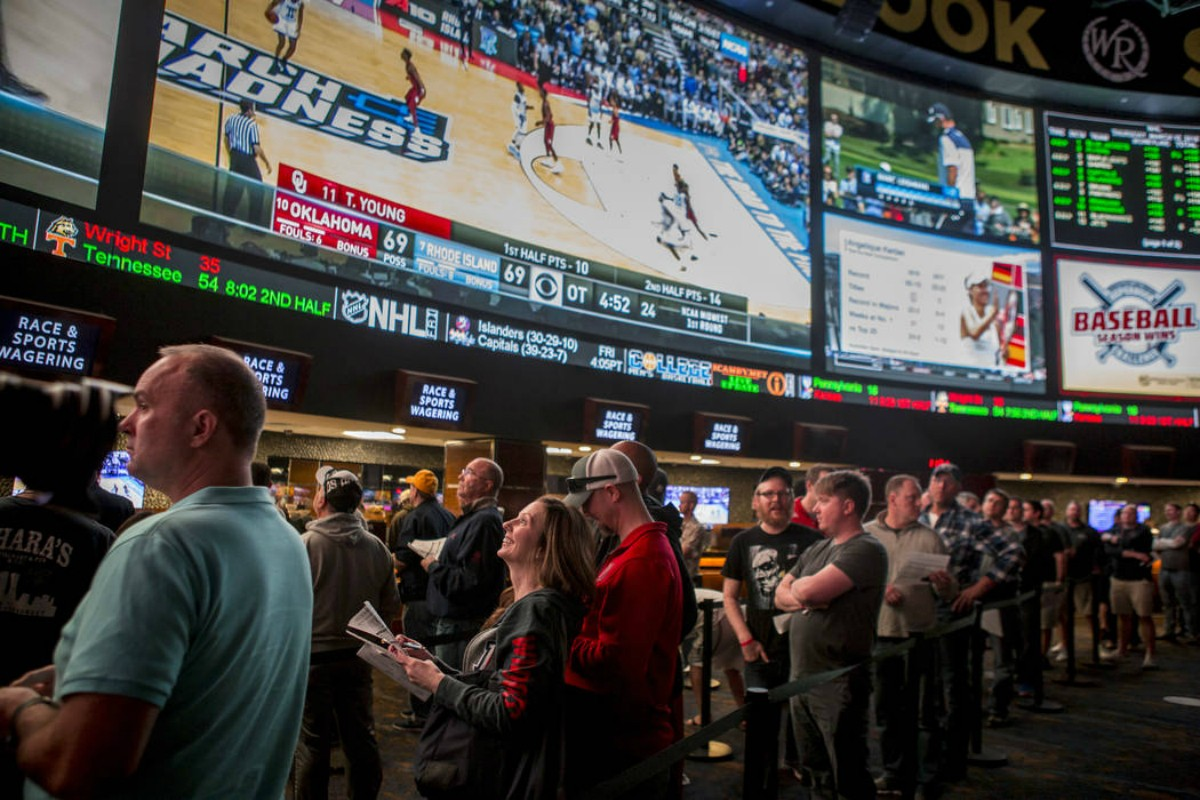 The global pandemic put North American professional sports on the shelf for nearly five months but bettors soon found leagues that they never knew existed and, well, if you’re dying of thirst in the desert and someone offers you water, you don’t ask if it’s Fiji. Soon there were millions of experts on Belarusian soccer and Taiwanese paddle ball willing to put up or shut up. Even eSports became a mainstream betting vehicle with everything from League of Legends to Madden NFL simulations.

Sports betting may not be the oldest profession but it is quickly becoming one of the most compelling. After decades in the shadows, it has recently been legitimized due to it finally being legalized in many parts of the United States. But gambling, whether it be legal or illegal, will always be pervasive because it’s fun, and potentially profitable if you know what you’re doing.

Adam Burns, an industry sportsbook director, stated, “Business is booming. “We probably took in 10 times more money than last year on the 2020 NFL Draft. It goes to show people are looking for something to bet on. The draft is always big, but I couldn’t believe how much money [was bet] when I woke up the next morning.”

In April of this year, betting was up 50 percent at New Jersey sportsbooks over last year on sports other than basketball, football, and baseball, to the tune of $21.7 million.

Prior to the reopening of sports in North America, Dustin Gouker, lead analyst for PlayUSA.com network, stated, “The rise in bets on nontraditional sports has been interesting, and with auto racing and golf closer to starting, that trend could increase.”

Now that the NBA, MLB, and NHL are in full swing, business is booming even more as evidenced by reports from the best online sportsbooks in the industry. But with the king of kings, the NFL, drawing closer, the numbers are expected to soar as long as the leagues can remain open for business.

In August of 2019, a total of $744,065,765 was legally wagered in the United States and $61,762,233 in revenue was hauled in as a result. But industry experts are nearly unanimous in declaring that this August will dwarf last year’s take, not to mention what the offshore books will do as well.

But few believe the take this month will beat the record-breaking month of November 2019, when U.S. sportsbooks handled over $1.8 billion, due to the fact there is no preseason football. “It’s a reach,” opined ESPN gambling writer David Purdum when asked by US Bets whether the month that starts Saturday can break the November ’19 record, “especially without preseason football, which accounts for more than most would believe. Last August, around 25% of the total handle bet in Nevada sportsbooks was attributed to football wagers. The NBA will probably make up for the lack of football, but even then, eclipsing a regular-season football month seems unlikely.”

As Purdum noted, the NBA and NHL are both playing in August which is a first for both leagues and will only add to what should be a robust betting handle this month. SportsHandle Editor-in-Chief, Brett Smiley, echoed Purdum’s sentiments regarding his skepticism of a record handle in August of 2020, “There are so many moving parts here, including players going in and out of quarantine. Over/under on games played for any of these leagues, I mean, who knows? We’re in completely uncharted territory here and there’s too many unknowns in the equation. I think people may watch in record numbers, but hopefully people who have taken a serious economic hit — and that’s an awful lot of Americans — are not using limited resources to gamble on sports. Betting 10 bucks is fine, but that doesn’t impact handle much.”

Purdum referenced the uncertain economic times and the looming election as another hurdle to climb for a record-breaking month, “The U.S. betting market is expanding and growing. We have more visibility than ever at how much is being wagered, which may lead to some record-setting numbers in some states. Records seem to be set routinely these days. But, to me, the pandemic, the pending election, and uncertainty surrounding the economy and sports in general will, at some point, have a negative impact on the betting market.”

Whatever happens this month, one thing we do know is that Americans have a growing passion for the action. Sports betting is now mainstream and records will be routinely shattered for several years to come as more states enter the fray and become beneficiaries of all that additional tax revenue. Legalized sports betting in the USA has been a long time coming but at long last, we’re glad it’s arrived.

The Outlook for UK iGaming Affiliate Marketing in 2021