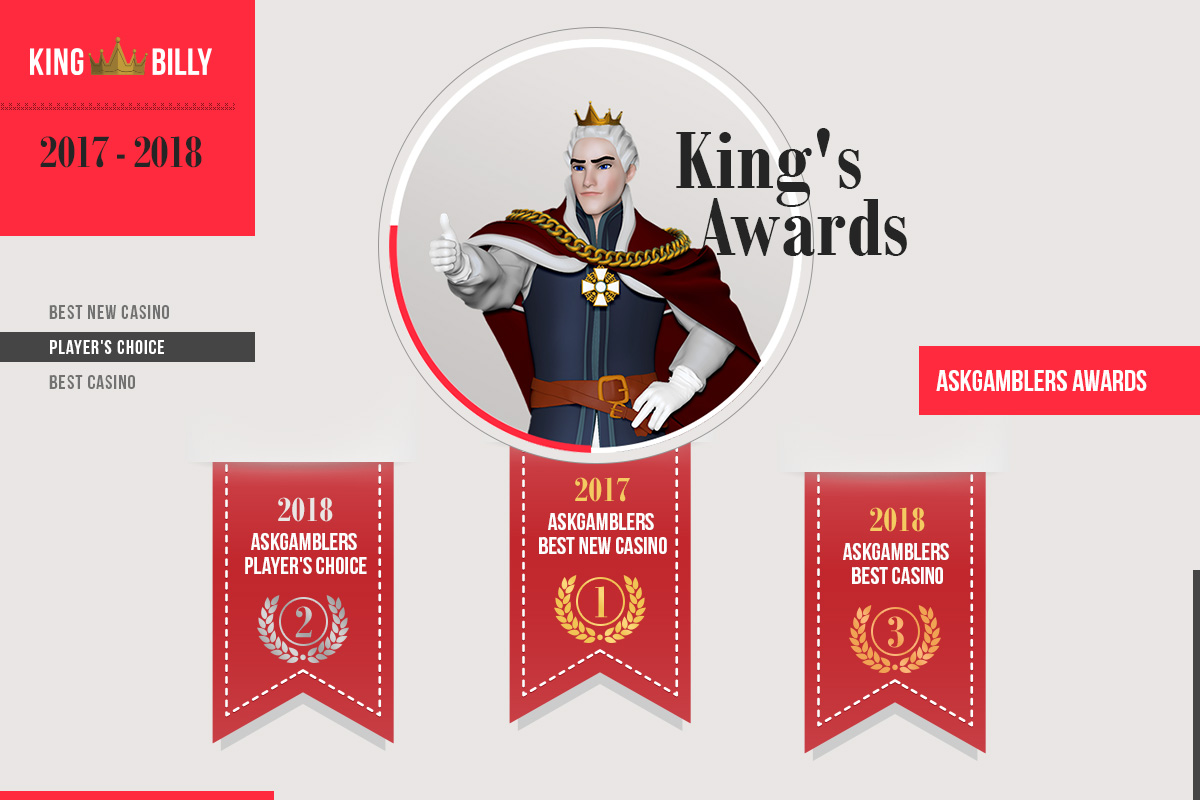 It seems that in our times, being a King is an one-way ticket to “Awardland”. After King Stannis, King Joffrey, the King of the North and all the other royalty of Games of Thrones which has given it 132 Emmy Award nominations with 38 wins to date (!), another King has been following in their footsteps.

Yes, it is King Billy, First of His Name, Rightful Ruler of the Kingdom, Guardian of the Realm, Supreme Commander of the Royal Forces and Protector of the Players (seriously people, this is how the good people at King Billy Casino call him) who took home not one, but two trophies in this year’s prestigious AskGamblers Awards, held in Belgrade, on January 17.

This brings His Majesty’s awards tally up to three in less than a year. More specifically, last year, King Billy Casino was the AskGamblers Awards Best New Casino, while this year they took home the Best Casino – 3rd place and the Player’s Choice Casino – 2nd place Awards. Moreover, they are also short-listed for the Best Affiliate Program in the upcoming London iGB Affiliate Awards.

We asked Ruslan Legenzov, King Billy Casino’s Head of Affiliates to explain this phenomenon and this is what he told us: “First of all, we are thrilled, we really are! This is a testament to the dedicated, hard-working and simply incredible individuals who have made King Billy what it is in less than 20 months.

Of course, we don’t stop here. Champagne is out and coffee is back in. The bar has been raised even higher, and we feel, more than ever, the responsibility to continue offering top notch services, the best games, the most numerous transaction methods, the fastest withdrawals times, the best support. Only by doing this, we will keep King Billy Casino at the top.”

It seems that the “King’s Servants” are determined to three-peat their success in 2020. Would you bet against them? We know we wouldn’t.