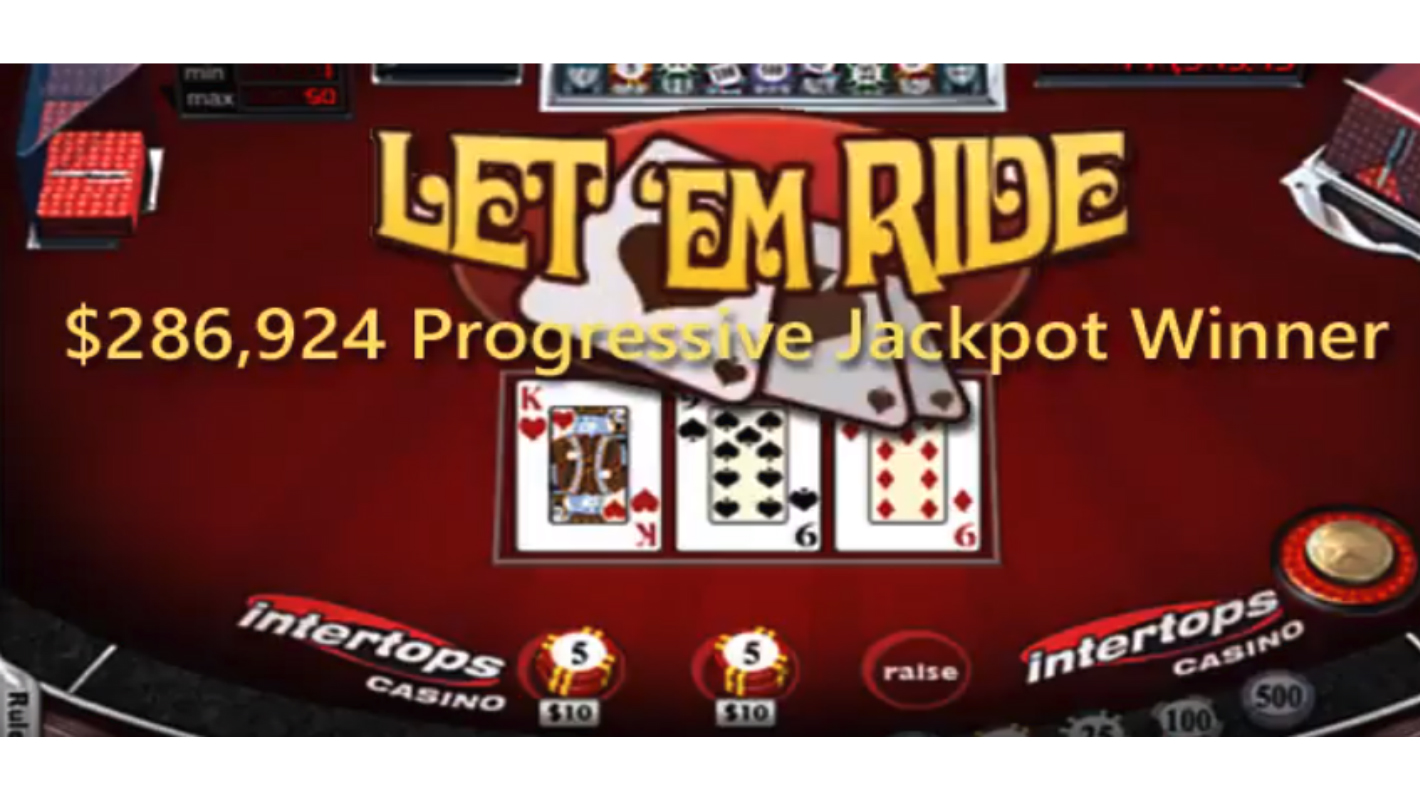 An Intertops Casino player hit the jackpot recently playing the Let ‘Em Ride poker game. By the next day he’d turned that $286,924 win into more than $900,000.

“I couldn’t believe it when I won that first jackpot – and then my good luck continued until the next day!” said Janusz Z. “I’m still shaking!”

Let ‘Em Ride is a five card table game with a relaxed pace.   Players just play with the dealer, not against other players, so they can play at their own speed. A minimum $1 bet is placed before their first three cards and two community cards are dealt. They can raise their bet or fold as the community cards are revealed.

“I like playing poker but usually it’s too fast for me online,” said Janusz. “I like Let ‘Em Ride because it’s just you and the dealer, which I find much more relaxing and fun.”

The most amazing and often lucrative feature of Let ’Em Ride is its progressive jackpot, which is how Janusz won so much. To be eligible for the progressive jackpot, players must place a $1 – $500 bet as well as a $1 side bet. Hitting a Royal Flush wins the entire jackpot. A straight flush wins 10% of the jackpot, four-of-a-kind wins $500. The payout for a Full House is $100, a Flush pays $75.

Intertops also has several games with massive progressive jackpots. The biggest are on Aztec’s Millions ($2,357,245) and Jackpot Piñatas ($1,810,996). The current jackpot on Cleopatra’s Gold, featured in this month’s Ancient Superstars bonus competition, is nearly $400,000.

During the $120,000 Ancient Superstars bonus contest, frequent players compete for top bonuses — up to $500 every week until December 4th. The top 20 each week will be entered in a draw for a $1000 cash prize (with no wagering requirements). Current scoreboard rankings are available here.

Intertops Casino has a huge selection of online slots and table games from Realtime Gaming including the new Swindle All the Way Christmas slot game that launched last week. It joins favorite Christmas slots like Rudolph’s Revenge and Naughty or Nice.

ABOUT INTERTOPS
Founded in London in 1983, Intertops accepted the world’s first online sports bet in 1996. It launched its first online casino in 1998 and its poker room in 2003. There are more than 300 casino games from Real Time Gaming (RTG) in its main casino and another 200 games from Wager Gaming Technology in the Intertops Casino Classic. Several slots have progressive jackpots currently well over $1,000,000. Intertops’ most popular games are available in its new enhanced instant play online casino and new mobile casino. Intertops players compete against each other for top weekly bonuses.