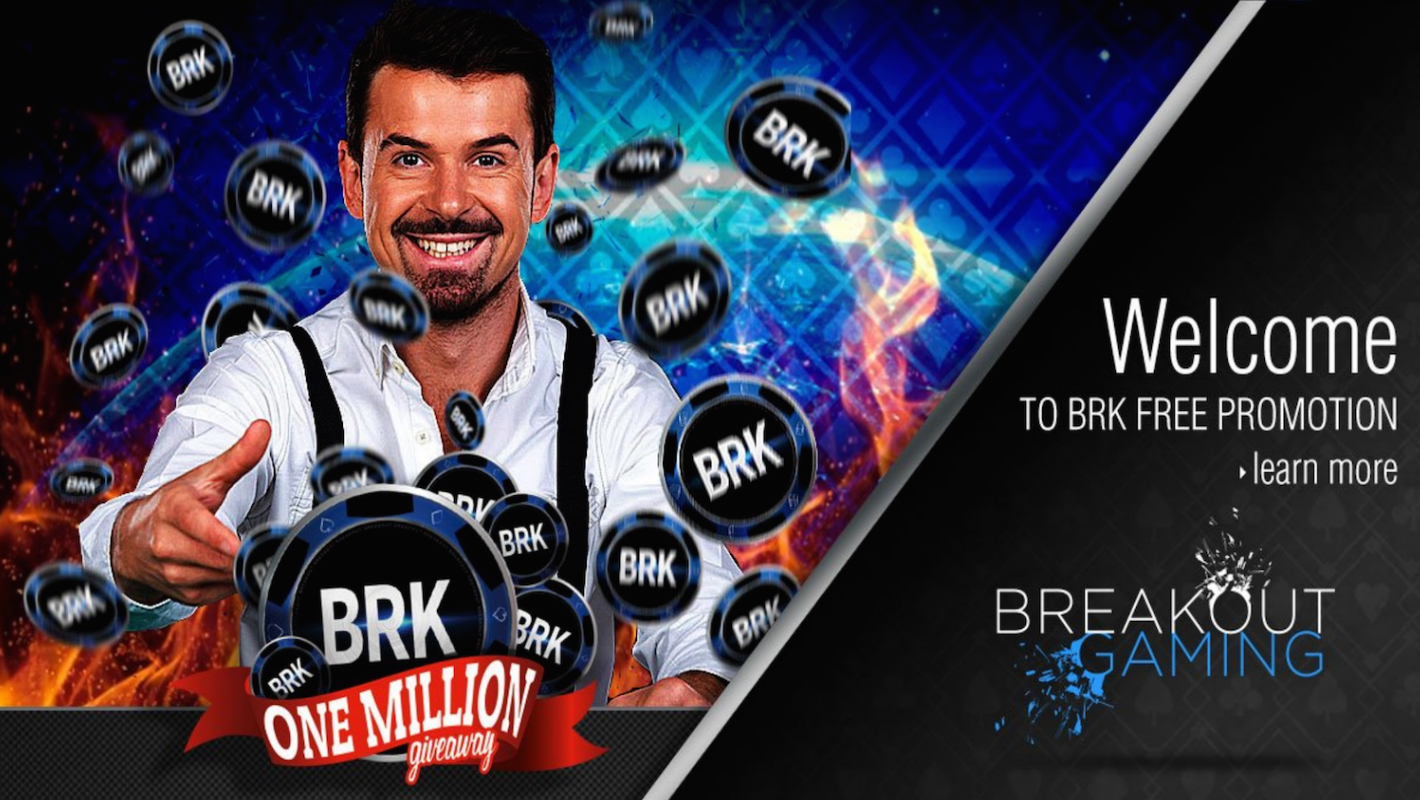 The Breakout Gaming Group is providing members with opportunities to win their share of 1 million BRK cryptocurrency coins, along with hundreds of other prizes including cash, merchandise, tourney entries, and trips to Costa Rica.

The new promotion, titled “BRK FREE – 1 Million BRK Giveaway” is now up and running and continues to December 31, 2017. It provides prizes for various actions including social sharing, registrations, play activity and a unique weekly scavenger hunt. In addition, members can win prizes from the Breakout Game Store and other group websites.

The Breakout Gaming Group operates entertainment sites for both gamers and gamblers, through a network of sites including Breakout Gaming, which offers a full sportsbook, both RNG and Live Dealer casino games, online poker, virtual and fantasy sports, skill games and financial betting.

Gian Perroni, Chief Gaming Officer for Breakout Gaming, stated: “We wanted to create a long-term promotion that would draw attention to both sides of our business group; providing entertainment sites for our members, and our cryptocurrency development services. The BRK was the first of many coins we have now successfully designed and introduced to the market, and it is tailor-made for the online gaming industry.”

The BRK FREE promotion has new qualifying entry requirements that are announced each Monday on all of their websites, providing multiple opportunities for members to win. There is no cost to participate, and the majority of the entry requirements do not require any real money play activity. The promotion is intended to provide as many members as possible with prize awards over the duration of the promotional period.

An all-expense paid trip to Costa Rica to visit the Breakout offices and tour the beautiful country will be awarded during the promotion. Further information can be found on all Breakout Gaming websites and via their social media channels.

About the Breakout Gaming Group:

Breakout Gaming has created a suite of entertainment platforms for both gamers and gamblers, including a full selection of the most advanced gaming products online. Working with both standard fiat currencies and cryptocurrencies, including the Breakout Coin (BRK), the Group offers a full online gaming platform featuring sports, casino, poker and skill games wagering, a digital download PC/Mac game store, a dedicated eSports PvP competition site, and a free play poker site open in all markets.

The Group will be launching several new gaming sites in the coming months. Breakout Gives, the charitable giving division of the Group will officially go live in June 2017. Breakout Gaming is owned and operated by Breakout Playa Limitada, Costa Rica.