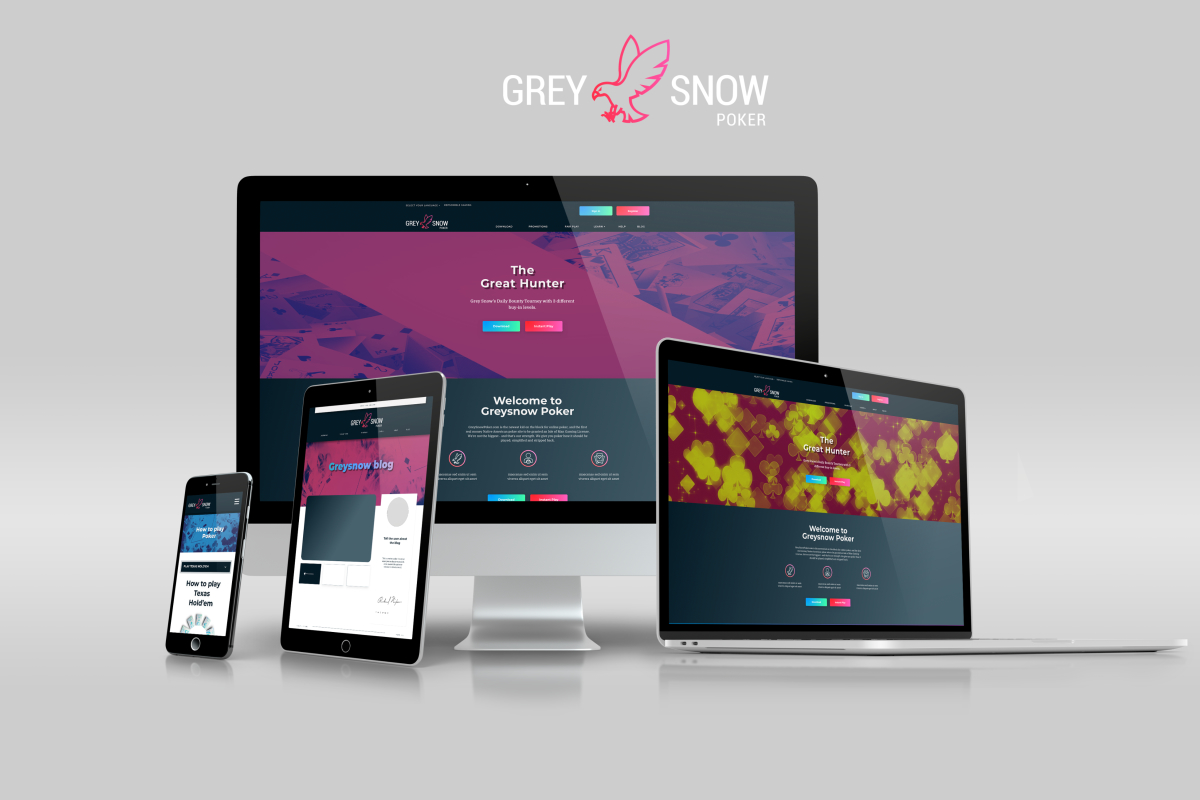 Online poker players will enjoy fair and rake-free play at GreySnowPoker, a brand-new gaming site launched by the Iowa Tribe of Oklahoma through its Isle of Man gaming license. GreySnowPoker is the first Native American owned site to operate under a gaming licence issued by the Isle of Man Gambling Supervisory Commission.

The new platform opens for real-money and play-money games with a determination to provide a relaxed playing environment. At GreySnowPoker, recreational players cannot be easily targeted by exploitive third-party software and seating scripts.

And in an innovative pricing move, the site will be rake free. Rake is traditionally removed from every cash game pot, but GreySnowPoker is proud to introduce a service-fee product called FairPlay. Players pay just one flat fee equivalent to 3% of their stack when they leave the table.

This means that if two players sit down with $100 each in a cash game, the total service-fee will be $6 regardless of how many hands or hours are played. It is entirely possible then that these two players can play heads up indefinitely without rake eating up their stacks. Tournament fees are also targeted to be some of the lowest in the industry.

In the second move towards fairness, GSP has introduced a FairPlay lobby, where a smooth seating logic automatically manages seating behaviour, prevents data mining, and restricts table observation. GSP believes that behaviors such as ‘bum hunting’ are against the spirit of the game.

Further, because of the service fee paid upon leaving a cash game table, more money remains at the table – creating better action for all.

The Iowa Tribe of Oklahoma is known as the Bah Koh-Je, which means People of the Grey Snow. The Tribe operates four land-based casinos in Oklahoma and is looking forward to this new online gaming venture.

Bobby Walkup, chairman of the Iowa Tribe of Oklahoma, said: “We are thrilled to have launched a great new poker site that focuses on fairness. It’s time for a new type of poker room to come along, made by poker lovers, and recognizing what’s best for poker.”

GreySnowPoker’s managing director George McIntosh said: “We hope to shake up the online poker scene by changing the playing experience for the better. Our FairPlay service fee and automatic table seating will make games more user-friendly for recreational players.

“All in all, our FairPlay model should lead to longer time at the table, giving longer to learn, and a longer time that your cash lasts for,” McIntosh explained. “Coupled with random seating, we think that the playing environment will make it more fun, more thrilling and a more level playing-field than other sites.”

“Throughout our journey, we’re also dedicated to promoting the Native American culture and community.”

First-time depositors can take advantage of the Match-Me Bonus offer.

The site hopes to increase awareness of the Iowa Tribe of Oklahoma and is committed to supporting the rights of North America’s indigenous people.

GreySnowPoker is available to players aged over 18 only and promotes responsible gaming at all times. The site is unavailable in the United States of America, as well as individually licensed countries such as the United Kingdom, Spain, Italy, Portugal, France and others. It is available for real money poker in Latin America, Canada, Germany, Russia and other jurisdictions that fall under the Isle of Man Gaming Licence.