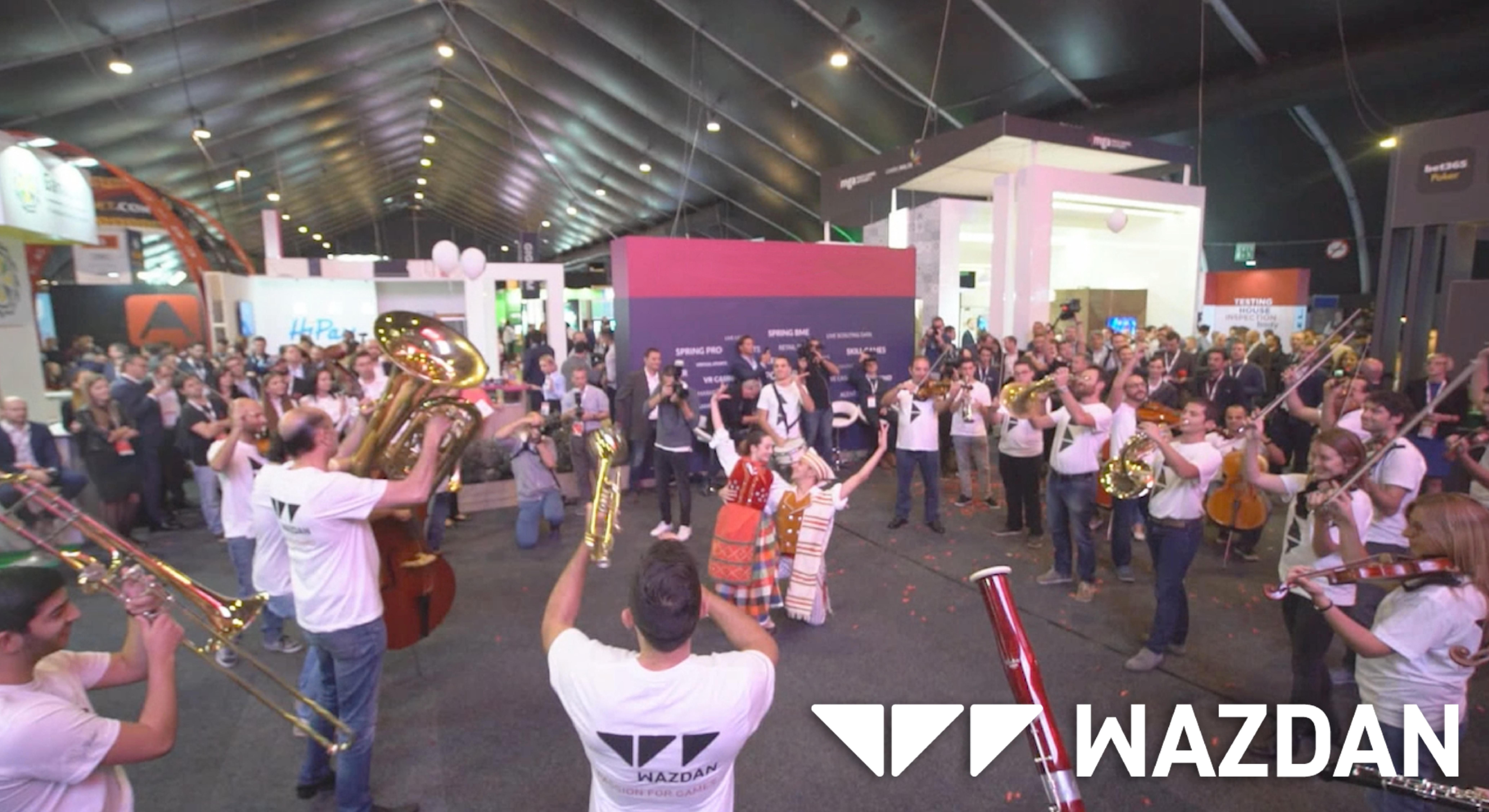 Malta’s Philharmonic Orchestra for a bit of tongue-in-cheek fun that disrupted the SiGMA conference last week. The final release of the video comes on the back of six figure viewing across Facebook, LinkedIn, YouTube and the media, where the story got major coverage in Malta’s national media as well as in the international igaming media.

For the launch of SiGMA, one of Europe’s biggest iGaming events, Wazdan staged a spectacular flash mob with the Malta Philharmonic Orchestra to call attention to Maltese culture for City of Culture Valletta 2018 and Wazdan’s own creativity as a major casino games producer with products covering slots, table games and video poker, launching the world-first real-time in-game ‘Volatility Level Control’. This feature allows players to control how they win in-game and is proving highly attractive to operators.

Wazdan have over 100 HTML5 casino games full of innovative, industry-first features licensed in Malta, Curacao and soon UK. These games feature an innovative ‘Energy-Saving Mode’ that reduces battery drain on devices by reducing graphics resolution so that players are able to play longer on existing battery life, a benefit not missed by operators seeking incremental revenue.

More than 60 people were involved in the Wazdan flash mob choreographed to the rhythm of Maltese composer Charles Camilleri’s “Malta Suite Waltz,” and inviting the crowd to join the dance and the wider move towards European City of Culture 2018 in Malta.

Ogilvy Malta Country Director Marcus Ward, who coordinated the production said: “We’re obviously delighted that the delegates at SiGMA not only enjoyed Wazdan’s bit of fun, and we’re even more delighted by the local and international reaction to the video, it’s been shared incessantly since we live-streamed last week from SiGMA.“

Jeremy Fall, Head of Marketing at Wazdan said: “We never expected the level of interest and excitement that our collaboration with the Malta Philharmonic Orchestra has produced. It’s great that we can help put Malta into a situation like this ahead of V18 with the video going viral, it’s a wonderful showcase for Maltese culture and talent.

Wazdan fosters a spirit of creativity in our games development platform and we’re excited to collaborate on ventures that fit with our approach.”