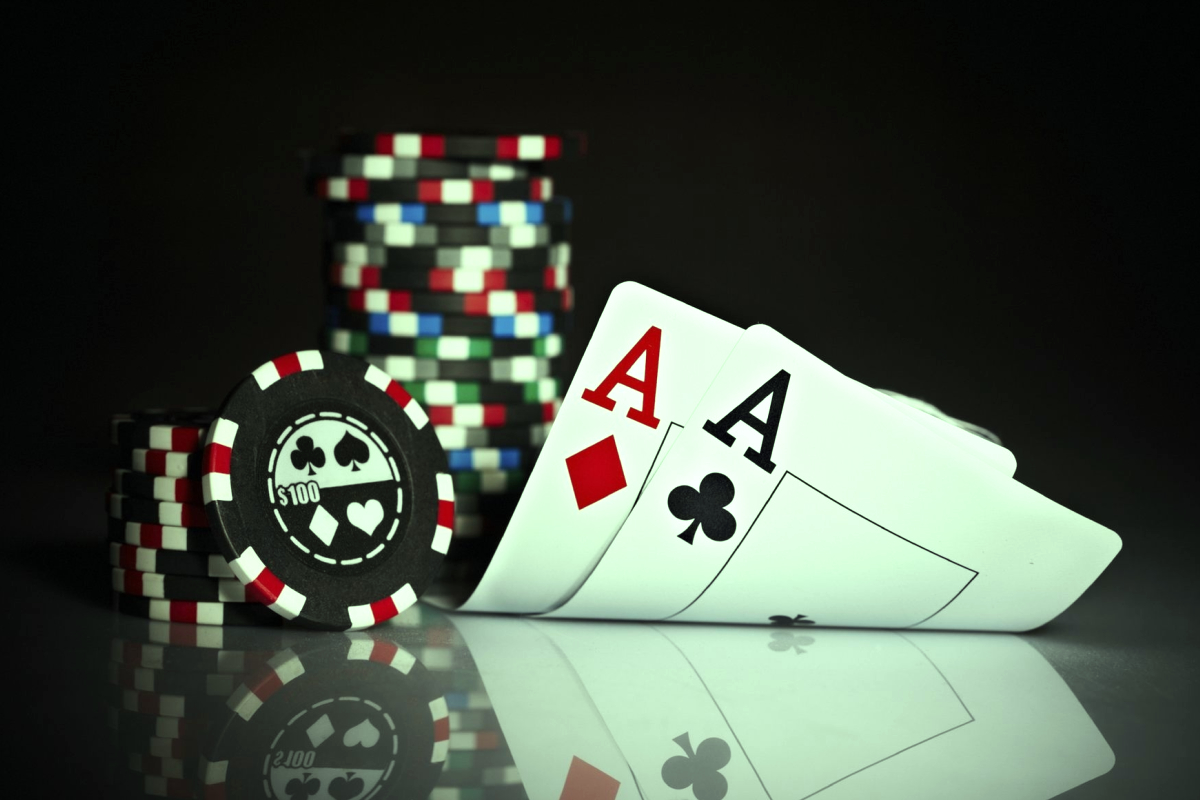 What to Play? Choosing Casino Games for Real Money

The gambling industry has so much to offer that newcomers may feel uncomfortable and uncertain. It’s better to learn about available games beforehand to make the first casino experience pleasant. There are lots of helpful lists of casinos and their features on the Internet, like the one with the best real money casino games by MoneyCasinosHowTo. We’ve tried to prepare a similar guide to the most popular games which you can play both offline and online.

Considering all the risks, remember the golden rule: casinos always win in the long run. There’s always a house edge: check the percentage to know what to expect. There’s no way you can beat the casino, but there are numerous options to make some profits. Before wagering your money, set some limits and don’t exceed them. Even if your goal is to hit a big jackpot, remember that just enjoying the process is anyway more important.
Return to Player percentage shows how much gamblers get back: for instance, an RTP of 95% indicates that you will get, on average, $0.95 for a $1 stake. Games differ in their RTPs greatly: obviously, the higher is this number, the more winning chances you have.
As for the casino games, they can be divided into two big categories: chance-based and skill-based ones.

These games depend on pure luck. Players simply place their bets and wait for the results. You can’t apply skills or knowledge to influence the process. Slots are undoubtedly the most popular category that is qualified as games of chance. Apart from them, you can enjoy roulette, baccarat, as well a number of less known entertainments: craps, sic bo, bingo, keno.

Leading software providers launch new slots each month or even more often. There are thousands of unique titles, including branded ones designed in a partnership with famous franchises like Game of Thrones or Marvel’s Avengers.
Slots require no specific actions from you – just start spinning. There are various types of them, from traditional 3-reeled slots to ones with multiple reels, paylines, and screens. Players love progressive jackpots like Mega Moolah where the total prize amount increases with each bet.

Roulette is a big wheel with numbers divided into two colors. The more specific is a betting condition (for example, guessing a number instead of just a color), the more you can get.
There are three basic types of roulette:
European: the traditional version with 37 sectors
American: features two zero sectors and a low RTP (94.74% compared to 97.3% in the previous type)
French: the variation of European roulette with more loyal rules
You can also find mini-roulettes with fewer numbers, multi-ball or multi-wheel examples.

This card game is similar to blackjack, but neither players nor a dealer can influence the process. In baccarat, participants get two cards and, sometimes, draw a third one when specific conditions are met. Who earns 9 points, wins. Gamblers can wager on three fields: Player, Bank or Tie. Average RTP is 99%.

These games don’t depend on chance: players can use their skills and experience to change the results. But luck has a definitive impact here as well.

Probably, it’s the most well-known card game. Poker players compete with each other, trying to build the most powerful combination. In the most popular version called Texas Hold’em, they can select from two cards on hand and five cards on the table. Math skills are extremely useful in poker, as you have to count cards and use probability theory.
There are dozens of game variations with different rules. Here some of them:

Poker is, to a large extent, about math but also about emotions. Bluffing is an inevitable part of the game. By mastering bluffing skills, players can manipulate the process and make opponents believe in what isn’t actually a true situation.

Here’s another popular card game where the main goal is to beat croupier’s hand and don’t exceed 21 points. Similarly to baccarat, players draw cards and count their value. However, in blackjack, they can ask for extra cards or wait for the dealer’s move. Different versions may feature one or more decks with re-shuffling, as well as several betting options and extra rules like splitting pairs or doubling stakes. This game is suitable namely for those gamblers who are good at cards and math but don’t want to compete with other players. An average RTP is more than 99%.

The choice always depends on personal preferences. First of all, decide whether you want to relax or be involved in an intense social game which requires some skills. There are lots of options for both intentions. After choosing a game you want to wager in, you’ll see that there are lots of variations, including rather unexpected and exotic ones. Explore the world of real-money gambling to the fullest.

Great night for Worldpokerdeals at the iGB Affiliate Awards 2019 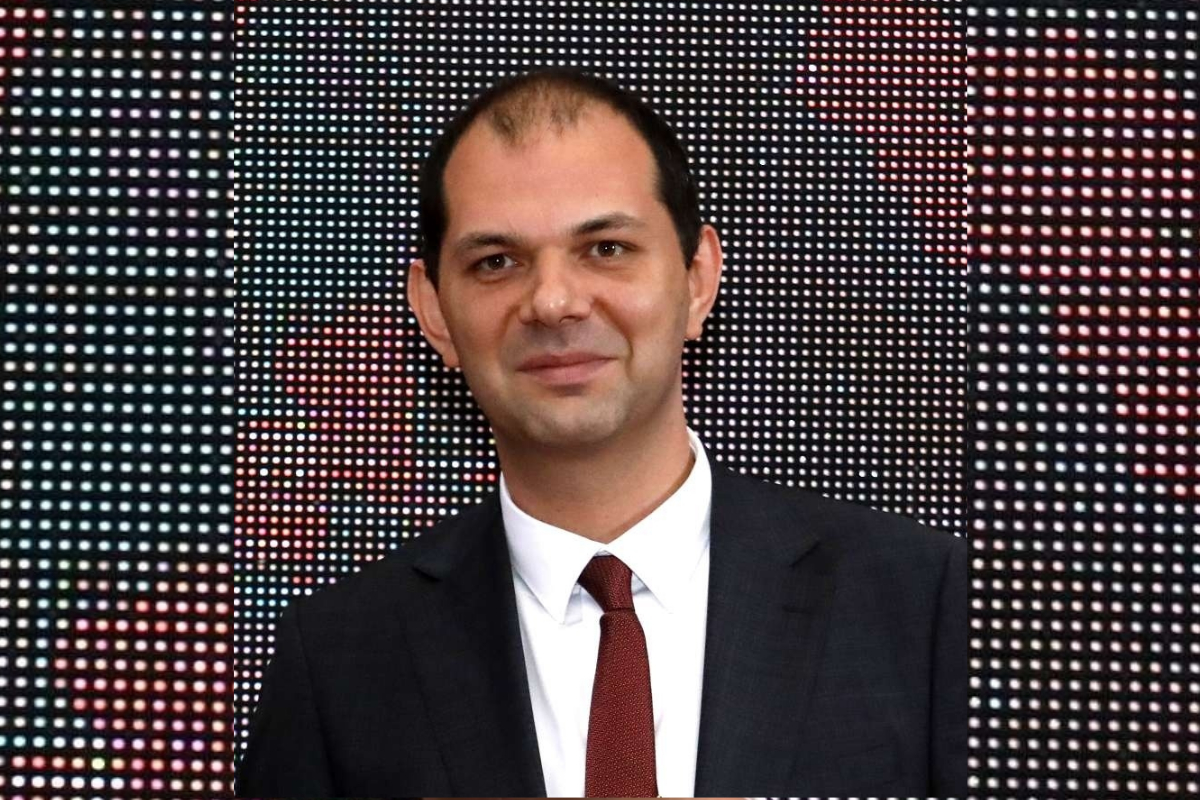 There is a series of conferences and exhibitions to take place in Kiev in the coming months due to the upcoming gaming business legalization.

The Kyiv iGaming Affiliate Conference will take place in the capital of Ukraine on December 18, 2019.
The core topic of the conference is gaming business legalization in Ukraine and adoption of international experience in the field of regulation.

Lavrenty Gubin, Marketing and PR Director of Storm International, was invited to the conference as a speaker to cover the land-based casinos sector. Lavrenty will make a presentation on the international experience required to open a brand new casino like Shangri La Tbilisi or SL Casino Riga.

The conference will gather government officials, operators, software developers, marketers and other industry professionals to discuss the future of the Ukrainian gaming business. The conference is run by Smile Expo, a well known industry events organizer in Western Europe and CIS. 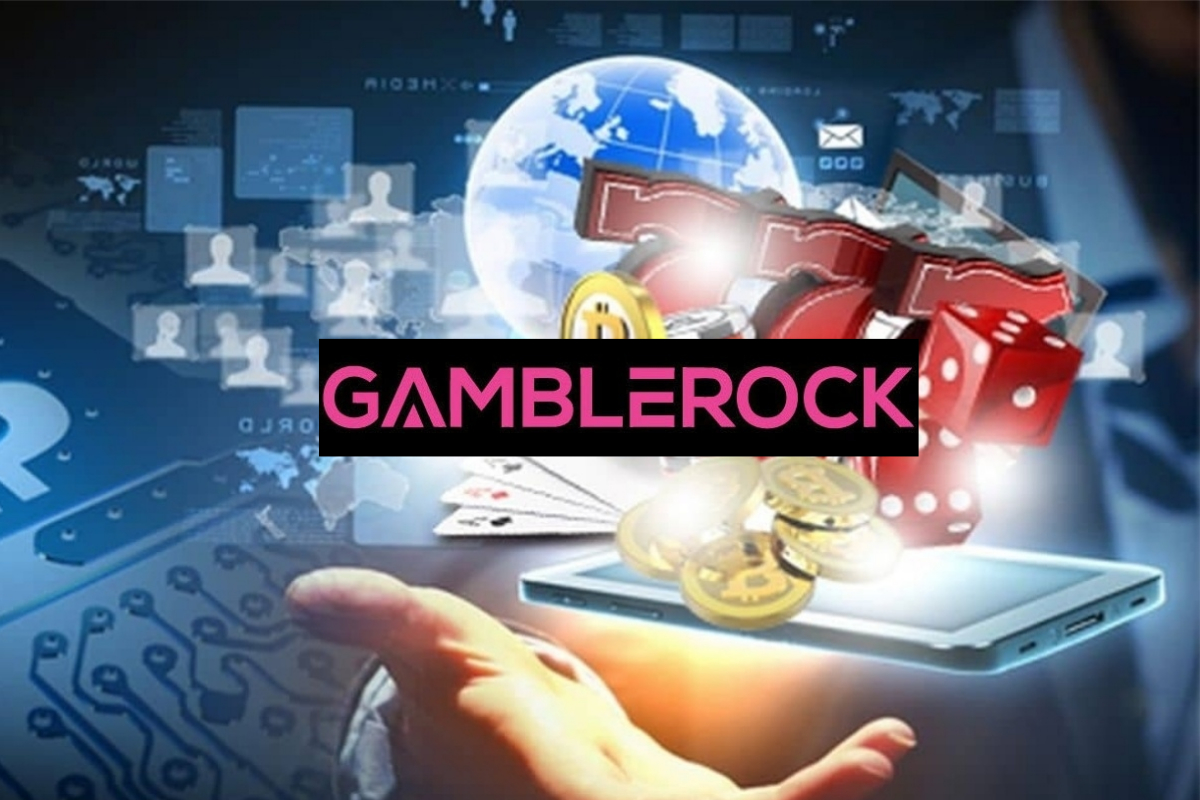 There has been a lot happening on GambleRock’s social gambling engine in recent months. The rapidly expanding iGaming market is ripe for innovation in the online gambling arena and GambleRock is paving the web’s way for a new era of virtual gambling.

The most recent & surprising development with the betting community came when they announced that iGaming affiliates are once again allowed to publish new content on the gamblerock.com social networking platform. Originally, the community launched open to allow new & original affiliate content. However, after getting overloaded by online gambling affiliates posting copied and low quality content GambleRock closed its doors to affiliates within its first couple of months in operation.

The social network has a few different areas for publishing new gambling related content. There are gRock’s blogs powered by WordPress software. Blog posts get distributed across the website’s recent posts and news sections. GambleRock also has an active betting forum which provides affiliates additional ways of reaching their customer base. The forums have sub sections for niche segments of the online gambling market such as sports betting and no deposit casino bonus codes.

For anyone that hasn’t been reading between the headlines they might not yet be aware of GambleRock’s exciting new technology open to affiliates and gamblers alike. The GambleRock social gambling engine is the first of its kind offering gamblers with an immersive online gaming experience through the site’s social algorithms.

It connects players with newly released free casino games and helps them find exclusive bonus codes from sportsbooks online with bonuses from poker rooms and casinos as well. Online gamblers will discover all kinds of exclusive free spins bonus offers on the all-new GambleRock SGE.

With new free online casino games added every week and classic game titles like Free Slots 777 and 6 Deck Blackjack players have plenty of games to play at gRock. 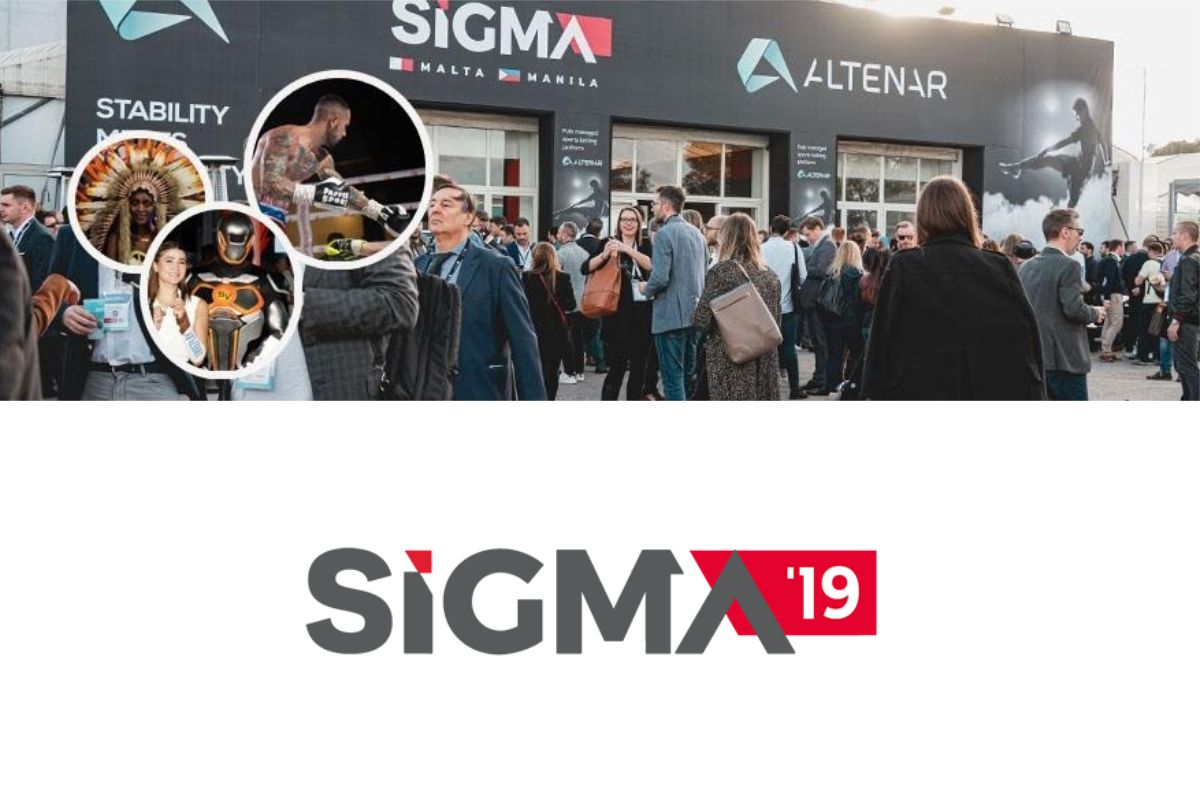 Live gaming and eye-catching stand designs made this year’s expo a feast for the senses. Exhibitors brought a global flavour to the summit, showcasing cutting-edge games and software, offering innovative industry solutions, and bringing crucial networking opportunities to delegates looking to make next-level connections and deals. With energy high throughout the three-day-event, the expo floor was definitely the place to be for delegates looking to mix business with pleasure.

Bridging the knowledge gap for the growing sector, a series of six thought-provoking conferences and workshops offered a mixture of knowledge-sharing and fierce debate from some of the best minds in the industry. From finance and blockchain solutions, to tackling the brain drain in the HR and Careers conference, to regulation and compliance across jurisdictions both new and old, to eSports and sportsbook, delegates were presented with a 360 degree look at the iGaming sector.

The annual SiGMA Start-Up Pitch also brought investment opportunities and sound business advice to start-ups looking to gain a foothold in the industry as they battled it out for the top prize. A fiercely-fought battle saw Bethereum crowned its winner for it’s social betting solution built on blockchain technology.

And while the days were jam-packed with activity, the evenings included networking opportunities at iGathering dinners, SiGMA’s (and Malta’s) first WBC World Title fight, and a closing night party hosted by Fashion TV Gaming, Pragmatic Play and Videoslots which ended the summit in style.

As the week came to a close, Eman Pulis, founder and CEO of SiGMA Group, commented, “What an amazing show for all those involved!  Now we’re looking ahead to 2020 and the launch of our super-expo in Asia in June 2020. With this new event in Manila, we’ve truly become a global brand in the iGaming industry and I can’t wait to introduce all our friends and partners from both East and West.”

In conjunction with ICE Asia and PAGCOR, the gambling and emerging tech show will cater for the land-based gambling and iGaming sector, as well as blockchain, AI and emerging tech.  More than 10,000 delegates are expected to attend from across Europe, the US, and Asia, making this one of the biggest shows to unite East and West in the region.

Space at the Manila show is already filling up fast, so interested parties looking to expand their business operations in Asia are advised to contact Eman Pulis (eman@sigma.com.mt) for opportunities.

Lavrenty Gubin will present a report on the key elements of a successful casino There is a series of...

There has been a lot happening on GambleRock’s social gambling engine in recent months. The rapidly expanding iGaming market...

All rise! King Billy is a Casino Rising Star

Well, the writing was on the wall. With 7 major industry distinctions in only 2 years of operations (6...

Three-peat for the King Billy Affiliate Program at the SBC Awards!

We should know by now that King Billy Casino was bound to be in the limelight for one more...

First Georgia iGaming Affiliate Conference: What Was Discussed at the Event?

On October 18, Smile-Expo held the first Georgia iGaming Affiliate Conference in Tbilisi. The event was dedicated to the...

The AskGamblers Awards Finalists’ Names Are In

What does “beyond the commission” mean for King Billy? A short list (at least) at the EGR Awards!

King Billy Casino has been making quite some noise with its Affiliate Program this year. The program has gained...

The nomination period for the AskGamblers Awards is about to end

The third edition of the prestigious AskGamblers Awards is well underway and this is the last call for all...

How to Work with Affiliate Programs, Drive Mobile Traffic, Target Africa, and What Is the Role of Blockchain in All These Things? Results of Kyiv iGaming Affiliate Conference 2019