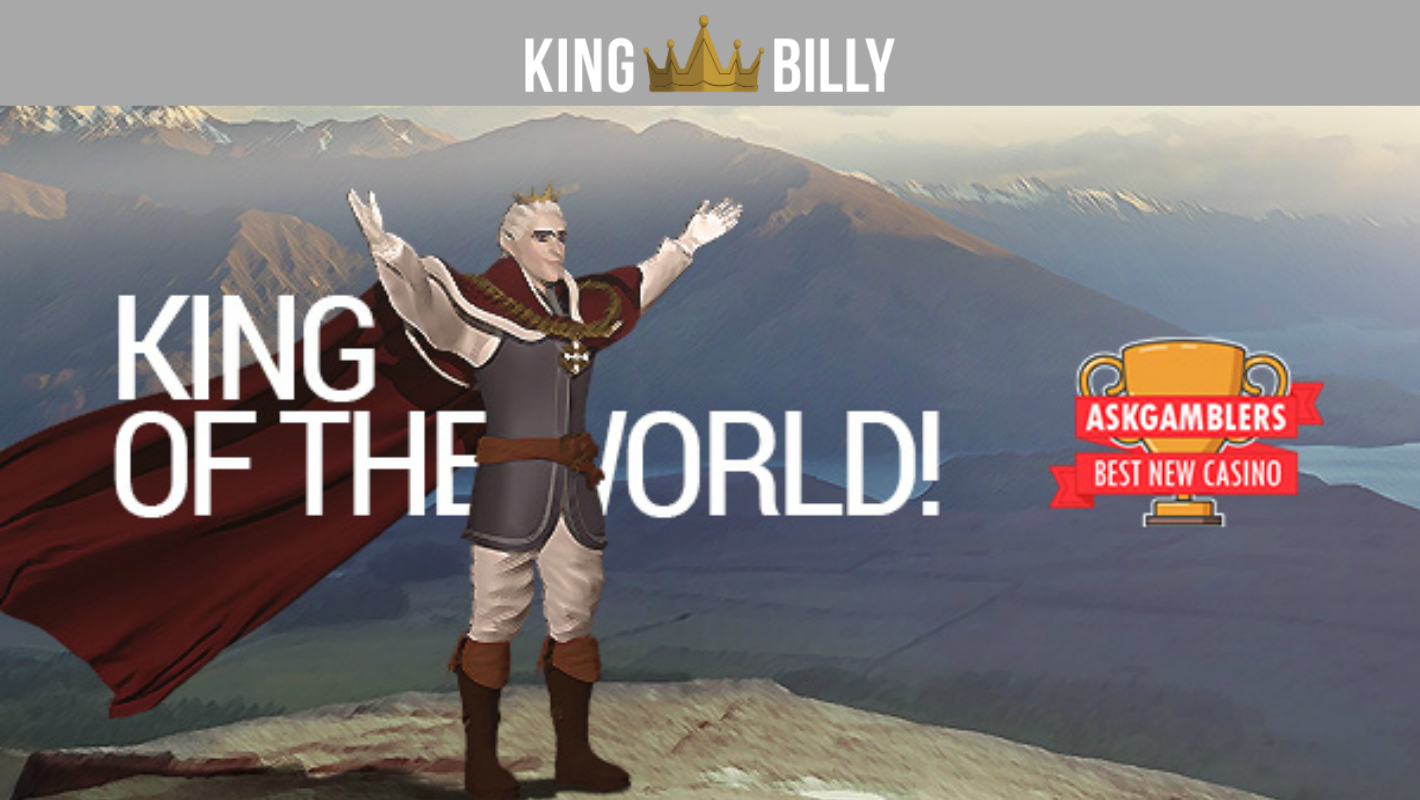 There were a lot of firsts in the industry on the first of February 2018! AskGamblers, the trusted and well respected online casino portal, itself a many times awarded website, held its first ever AskGamblers Awards. In an impressive ceremony, pretty much reminding the EBU’s Eurovision Contest format, prizes were given in three categories, including Best New Casino.

They say that there can be only one King! And in the AskGamblers 2018 Awards, this was confirmed in this year’s Best New Casino category. Under fierce competition of the highest possible quality, with no less than 75 new casinos participating and with a lot of suspense until the last moment, King Billy Casino came first, winning the hearts of both the judges and the public.

Vladimir Harkusha, King Billy Casino CEO, commented on the news: “A milestone for the Kingdom and a day of joyous celebration for us all! I want to thank the whole King Billy team for doing the extra mile that has brought this fantastic result to us, as well as all the players who voted for us. We thank them from the bottom of our hearts! But we do not stop here. As they say, it is easier to get to the top than it is to stay there. So, all of us are ready for the next challenges and we are determined to keep the King where he deserves to be: Always at the top!”.

About AskGamblers
AskGamblers is an industry leader in casino portals offering transparent, unbiased online casino and game reviews as well as real players’ opinions and ratings since 2005. AskGamblers has been awarded many times, sweeping the iGaming Business awards for Best Casino Website in both 2016 and 2017. It has also built a free automated complaints system helping players resolve their disputes with casinos and is constantly trying to recognize reputable and spot rogue casinos. All the information collected over the years, has led to the creation of its own, unique and trusted algorithm called “Casino Rank”.

About King Billy
King Billy is an exciting project, launched in April 2017 and created entirely from professionals with many years of experience in online gaming. Its goal is to provide a second to none gaming experience to players by offering them features and offers, very seldom seen in the industry. King Billy Casino is providing games from leading software providers such as Microgaming, NetEnt, NYX, Betsoft Gaming, Pragmatic Games, Yggdrasil, Endorphina, iSoftBet and others. Besides offering top notch games, King Billy has built on creating a superb user experience focusing on the myth of King Billy and his Kingdom and treats all players with the specialness they deserve. King Billy Casino won the award of Best New Casino in the 2018 AskGamblers Awards.